Aloes – lighten up the winter with their vibrant reds 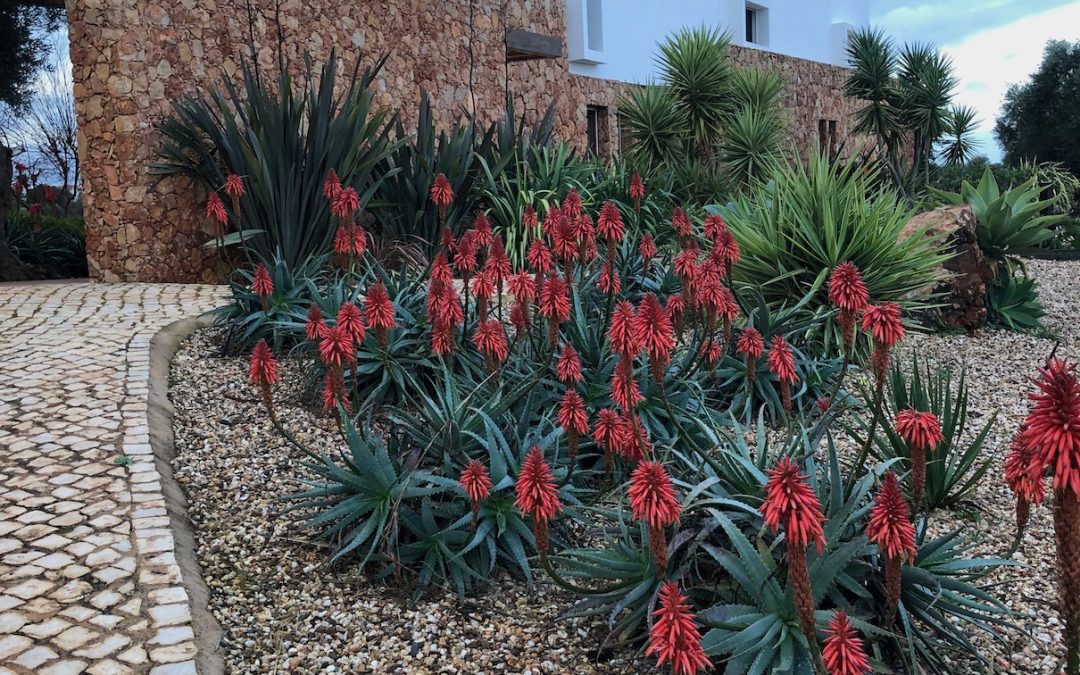 At the Quinta dos Sentidos in the Portuguese region of Algarve we enjoy a variety of aloes, a genus of plants with more than 500 species mainly at home in more tropical areas. However, some species have found their way to the Mediterranean area and to Portugal. Like many other succulents in our garden, they are easy to grow and require little in terms of nourishment and maintenance. Their leathery leaves stay green all year around and during the months where many other garden plants will take a rest, they reward you with the most fantastic flowering. 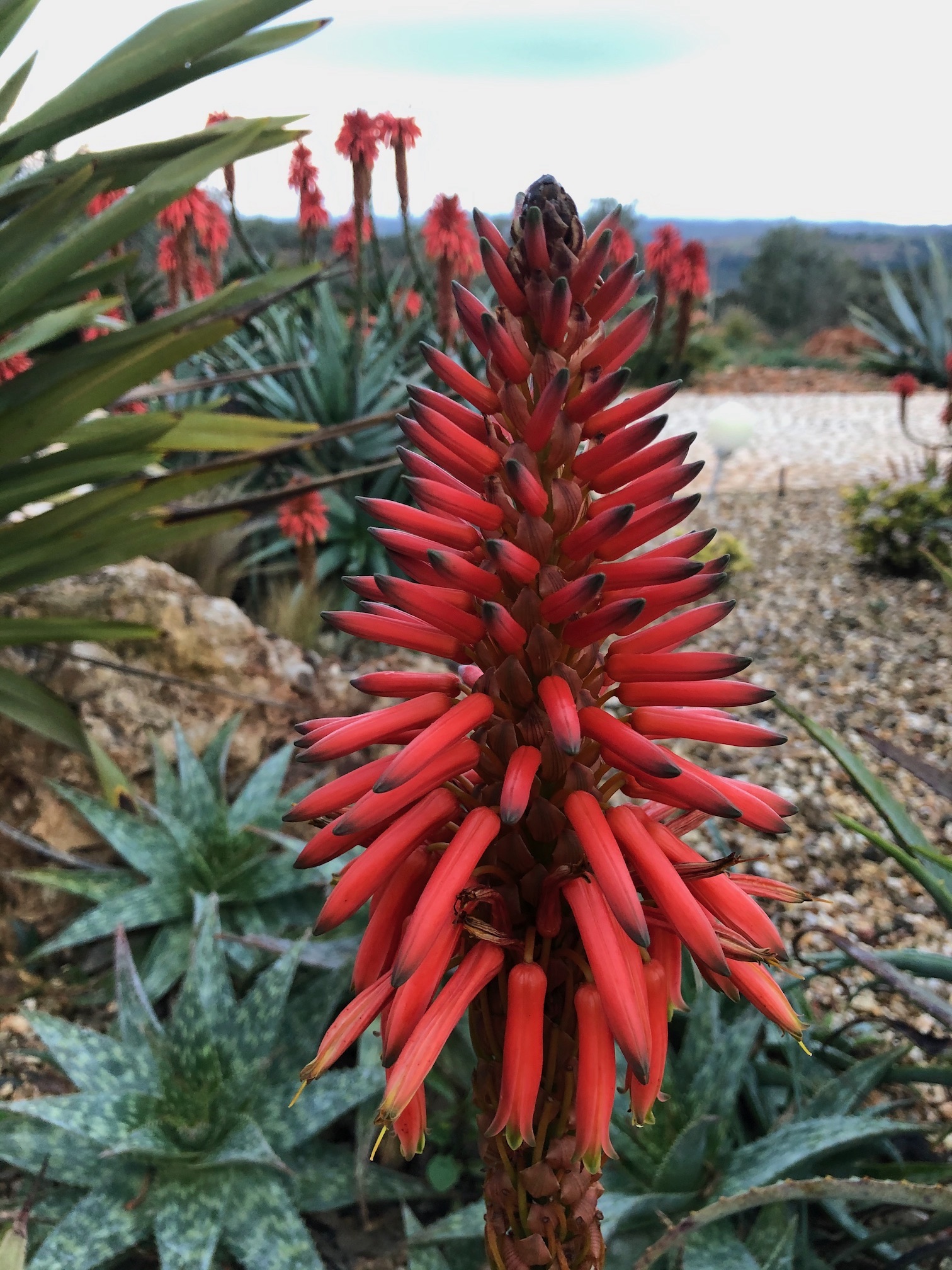 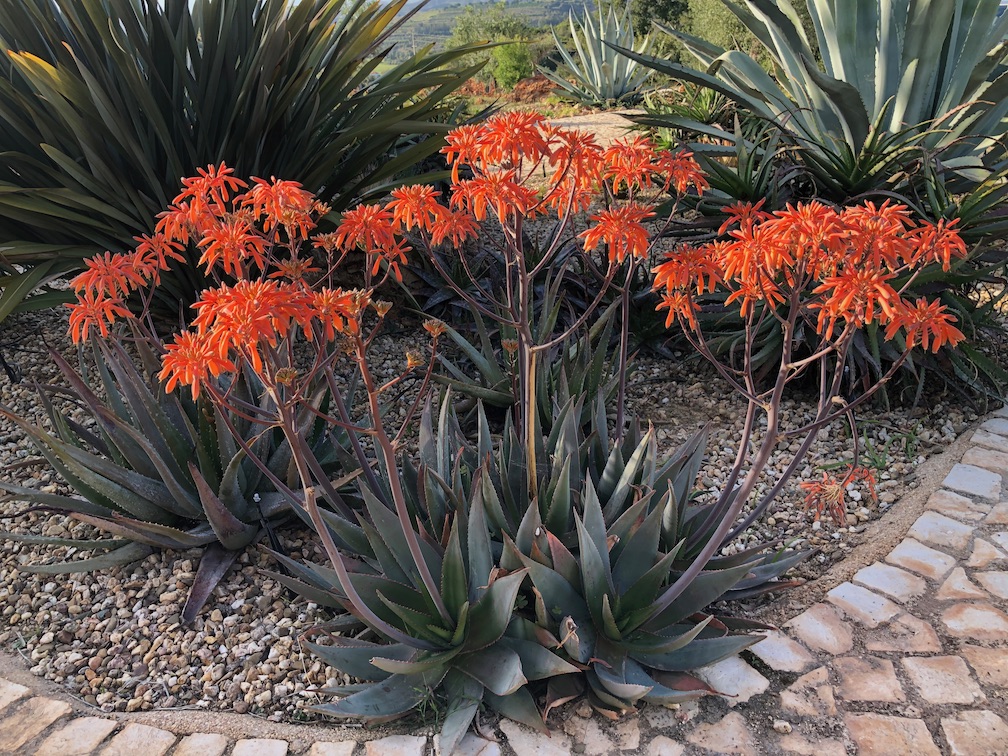 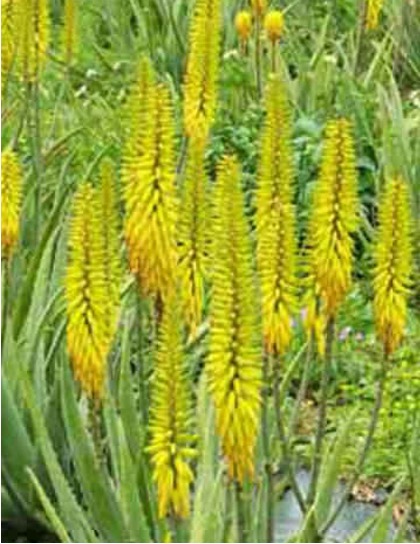 Through December to February the reds dominate followed by the yellows in March and April.

The most well-known may be the Aloe Vera, called the ‘true’ or ‘proper’ aloe because of its medicinal or cosmetic use. Particularly the gel which can be seen and tried when breaking a leaf, has been and is used as an ingredient in gel or lotions to treat skin burns or relieve the symptoms of skin rashes.